PLEASE PLAY PART ONE AND TWO BEFORE PLAYING PART THREE:

☆Click to play! CW for blood and animal death☆

Hello and thank you for viewing this page!

This is a story of mine being told through the medium of a visual novel!

It is not completely route-based like most, but choices are given to dead ends and for different dialogues to learn about different characters/events.

What's the story about? Well:

Hunderian is about a young man named Thomas who thinks he can take down a whole government by himself. He lives in one of many cities that exist in the world inhabited by of race called Hunderians, people who have the ability to transform into almost horse-sized dogs with magical abilities who live for a couple of hundred years. This city in particular, named Saraka, is run by a mayor turned dictator who removed all forms of connection to the outside world like televisions, radios, phones, and others of the sort. People fear losing their lives from the minions the mayor sends out constantly. Though, there’s more than just the living conditions that set Thomas off on such a crazy adventure. The death of the previous mayor resulted in others he knew, including his own father, being thrown out of the city’s administration. This essentially is a story mainly about one trying to prove himself to others that constantly doubt his abilities. The hero wants to show others that there is a possible future that doesn't involve living in a bleak environment. The last sentence was corny but eh. Aside from Thomas, the story hops around to different points of view, from protags to antags, experiencing the city in their own ways.

I wanted to have this released in 5 parts: chapters 1-16 divided into 4 even parts of four chapters, while chapters 17-20 are only viewable in the full finished product. The full project will have more things like different aesthetics (new title screen, custom text box, etc.), added sound effects, a prologue, and other things to make it more worth it to play through again!

Thank you again for viewing this page! 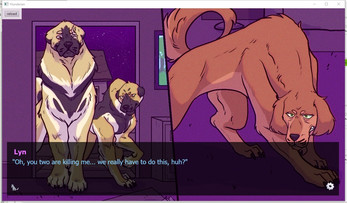 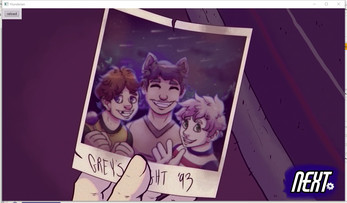 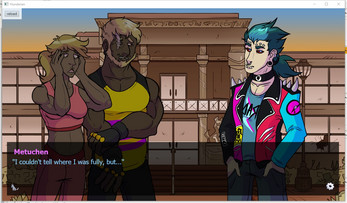